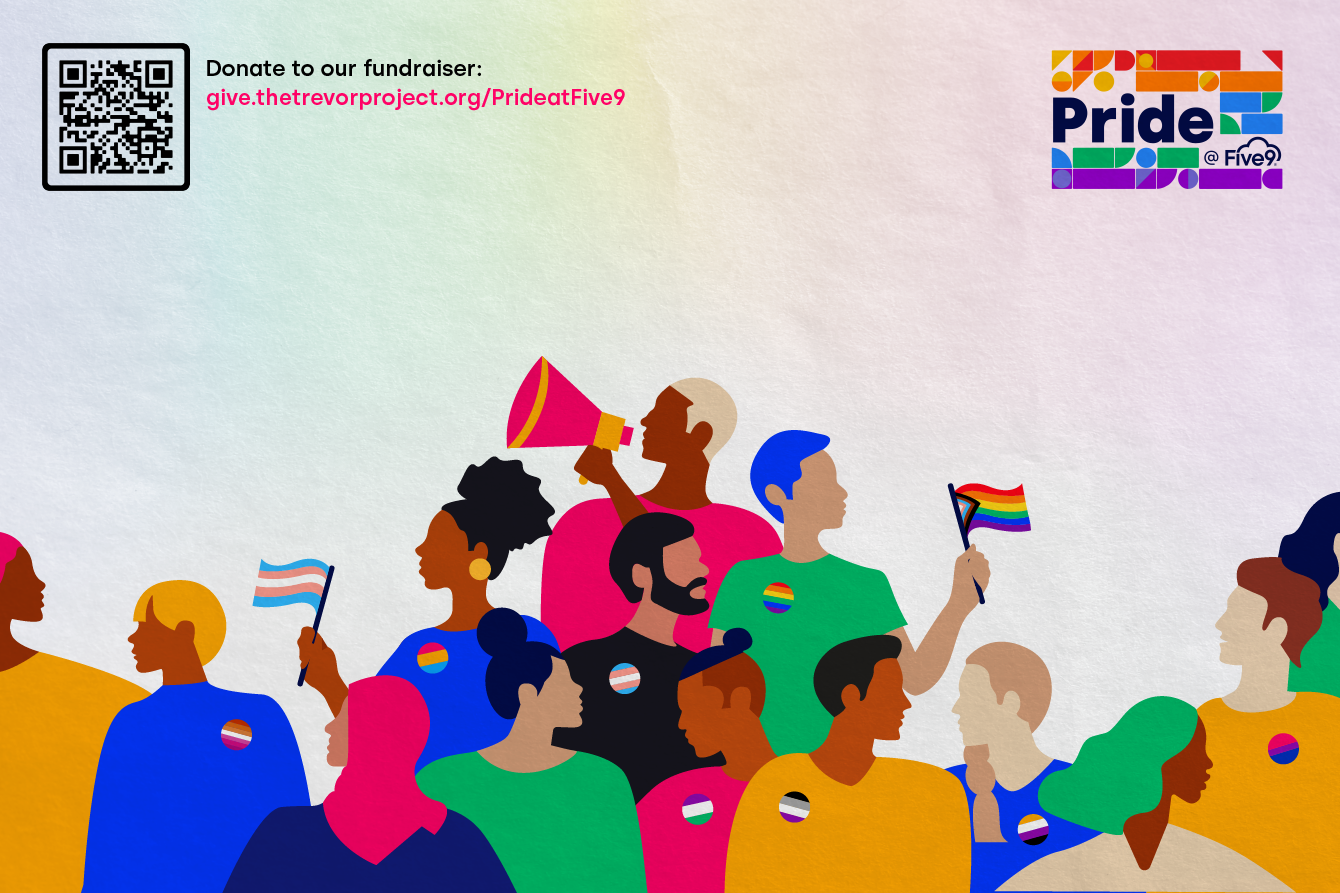 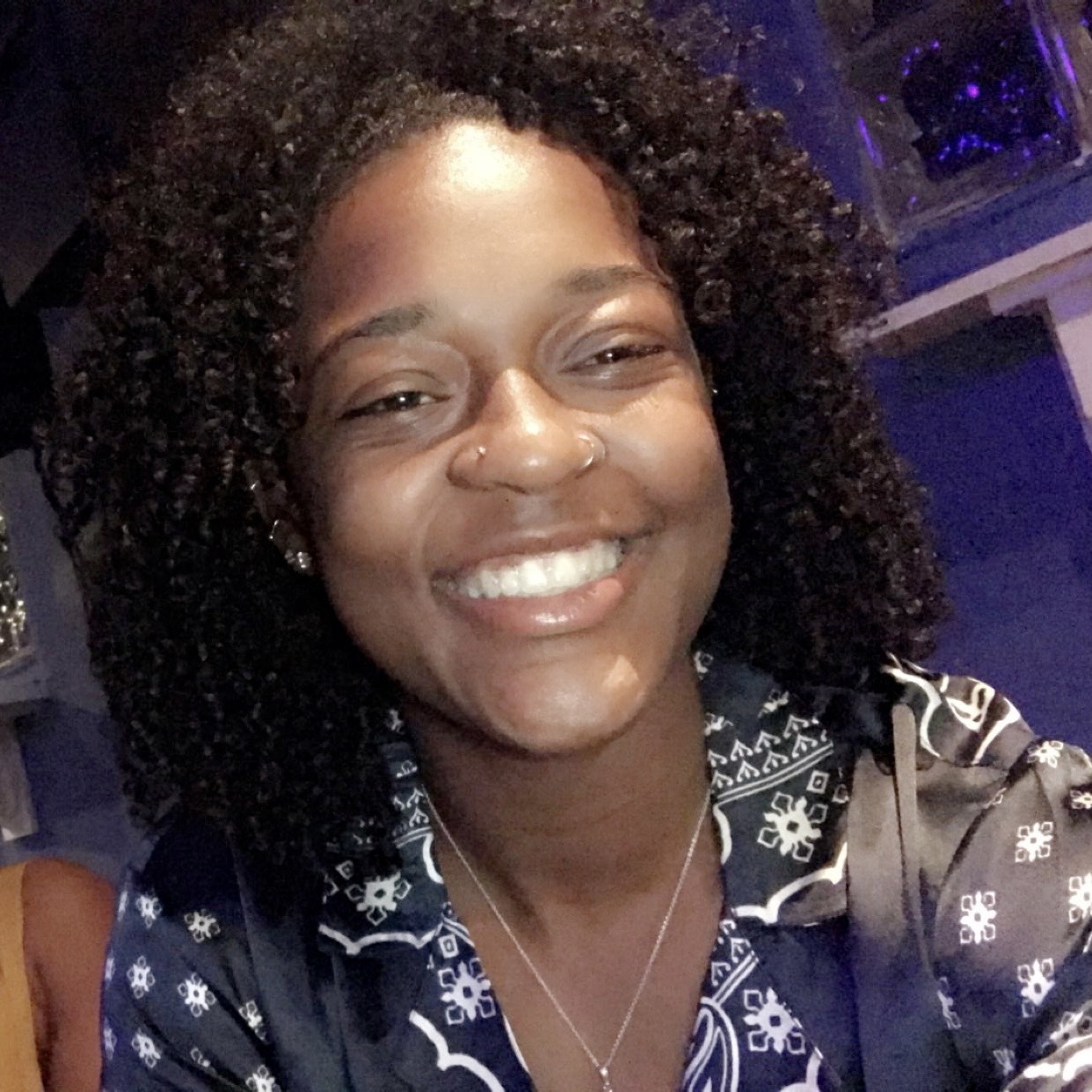 Every June, the LGBTQ+ community and allies celebrate Pride Month, and, in recent years, we have seen a substantial increase in companies showing their support by incorporating the rainbow flag as part of their logos and/or products. To those outside of the community this seems like a wonderful way to recognize Pride Month — but many in the LGBTQ+ community feel otherwise. The term “rainbow washing” has become the new label for the seemingly instantaneous and universal change from company colors to rainbow colors on June 1.  Rainbow washing is viewed as a performative act of support, rather than as a meaningful or intentional expression of support.

I’d like to take a moment to explain what the colors on the Pride flag mean and share a brief history on the evolution of the flag — from where it started to how it is presented today.

A symbol of and for pride

It is common knowledge that the rainbow flag is a symbol of LGBTQ+ Pride. However, it is less commonly known that the colors reflect the diversity of the LGBTQ+ community​.

The rainbow flag became a symbol for gay Pride in 1978, when Gilbert Baker, an openly gay male artist and drag queen, was asked by Harvey Milk, the first openly gay elected official in the U.S., to design a visual representation for the LGBTQ+ community. 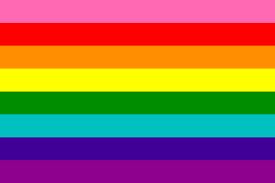 The flag has changed six times since its origin in 1978. The most up to date flag is considered the Progress Pride flag and has multiple symbols to recognize various identities within the community. These identities are as follows: trans folk are represented by the blue, pink and white colors; marginalized people of color are represented by the addition of a black and brown stripe; and those living with HIV and or AIDS are represented by the yellow triangle with the purple circle on the inside. Also, the arrow that is formed is pointing right to symbolize forward movement while acknowledging that there is still room for progress with an arrow on the left side of the flag.

Show your pride by showing up for the community

Understanding the meaning behind the colors and flags is important because the symbolization behind them represents real people, real life experiences, and continued challenges. Pride Month, and the Pride community, extend beyond colors, which is especially important for corporate companies to consider when, while done with good intentions, displaying the Pride colors in their advertising, social media, and in Pride parade contingents.

This Pride Month, we challenge everyone to take time to learn about LGBTQ+ history and culture. We all have the responsibility of doing more than the performative. We must commit time to understanding those in the community and how to be better allies.

Five9 is showing our support during Pride Month by fundraising for The Trevor Project, a non-profit focused on suicide prevention efforts among lesbian, gay, bisexual, transgender, queer, and questioning youth. We encourage you to learn more about this outstanding organization and support them as well. You can donate to and track the success of our fundraiser by clicking here.

And read on to learn more about what Pride means to our Five9 LGBTQ+ community and allies.

We wish you all a happy, colorful – and meaningful – Pride Month!

"Pride @ Five9 means bringing your true, full, and authentic self to work each and every day. Our ERG creates a safe space for LGBTQ+ colleagues and our allies to network and learn from each other."

“My Pride hero is Cleve Jones. I had no idea how much he impacted the Gay Pride movement of the ‘70s until I watched the TV miniseries "When We Rise". Then I read his book after that. He not only was a massive participant in the ‘70s movement, but he helped move legislation along and helped with the development of the AIDS quilt in the ‘80s. He survived through the perilous time of the 'gay cancer, 'where most did not live through that time to tell the story.”

"As an LGBTQIA+ Ally, I strive to create an inclusive culture where people can live proudly as themselves by listening, educating, being visible, creating a safe space, and encouraging everyone to bring their whole self to everything we do."

"Pride to me means being able to be my truest self in every part of my life, both personally and professionally. It means getting to hold my wife's hand in public and feel safe. It means working for a company who respects me for who I am. And it means leading the charge in self-love for the next generation of people in the LGBTQ+ community." 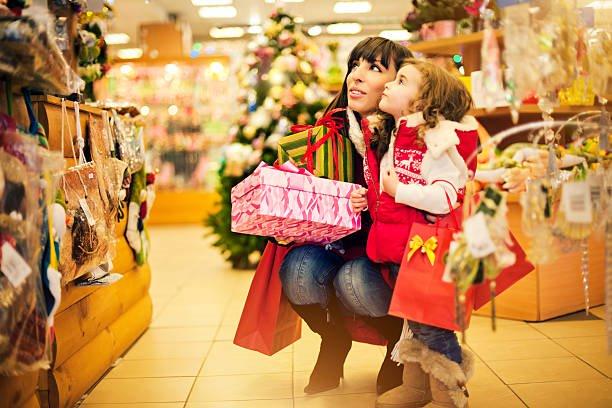 How Five9 wins with Sandler

Learn from our retail case study how our strong partnership with Sandler Partners has helped us continue to win in the enterprise space.
Image 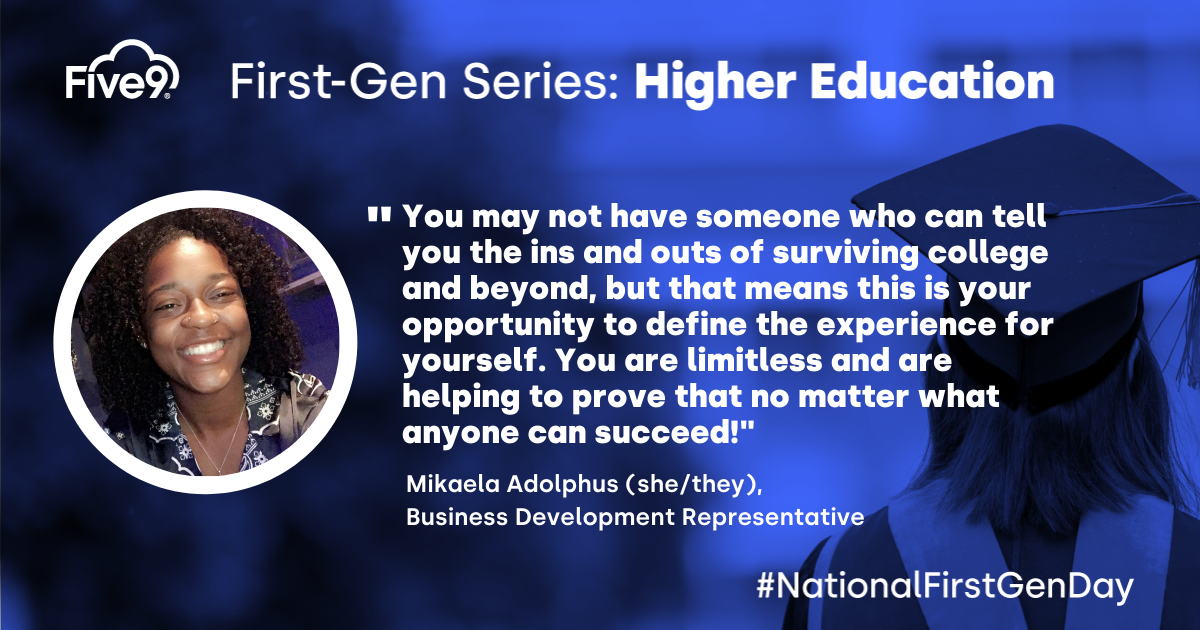 First-Gen Stories: Your Story Does Not Start or End with College

I was first-gen in multiple ways for my family: the first one to graduate from college, to obtain a full scholarship and compete at a Division One collegiate program; the first of my family to co-found and run a non-profit immediately after under-grad; and the first to work in tech. With all these firsts, one of my major takeaways lies in the journey to college.
Image