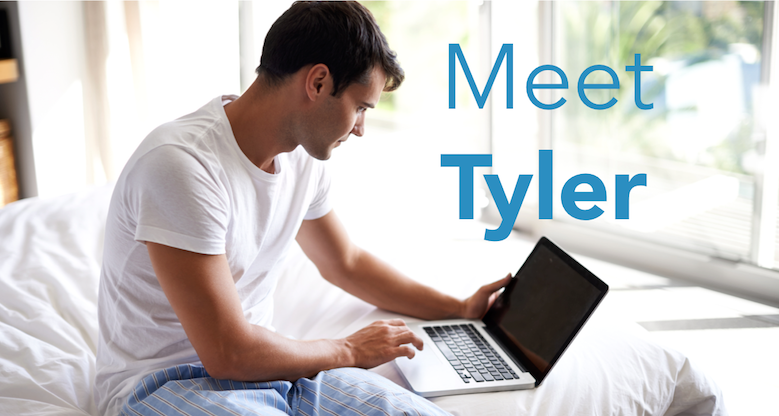 A Day in the Life: Meet Tyler

It’s 7:00 am when he wakes up with a cough, sore throat, and runny nose. Poor guy. Tyler opens the Teladoc app on his cell phone and speaks to a physician about his symptoms. After being diagnosed with bronchitis, he decides to take a sick day. There’s plenty Tyler could do from home.

First things first, Tyler quickly runs to the Rite Aid pharmacy to pick up his new prescription. On the way home, Tyler’s car inconveniently refuses to start (for the fifth time this month). Thanks to a quick jump from a bystander, he makes it back home. Fed up with his car troubles, Tyler immediately pulls out his laptop and heads to CARFAX to start his search for a new car.

A bit later, he plops himself on to the couch and logs into Southern New Hampshire University to check-in on his online class. Tyler, the procrastinator that he is, has two assignments waiting for him- due tonight. He spends the next few hours working on completing them while simultaneously editing the GoPro footage he took while surfing last weekend.

Mid-afternoon rolls around and nothing sounds better to a sick Tyler than Chick-fil-A’s chicken noodle soup. Not wanting to leave the house, he has DoorDash deliver it right to his doorstep.

With all that had happened today, Tyler completely forgot about the date he had planned with his girlfriend, Sophia. They were supposed to meet at AMC Theatres at 6:45 to see Incredibles 2. He texts her to cancel their plans, promising to reschedule.

To make up for tonight’s cancelation, Tyler decides to get a head start on planning Sophia’s 25th birthday. He searches From You Flowers and orders a bouquet of lilies to be delivered on her special day. Tyler, really wanting to go above and beyond, schedules them a couple’s massage at the new local day spa on Booker. And for his last surprise, he orders a bottle of her favorite Chardonnay from Total Wine & More.

While the day brought many surprises from the time Tyler work up this morning to the time he fell asleep, one thing stayed consistent. The brands and companies Tyler relies on to be there for him ensured his sick day was still a productive day. Maybe he should get sick more often! 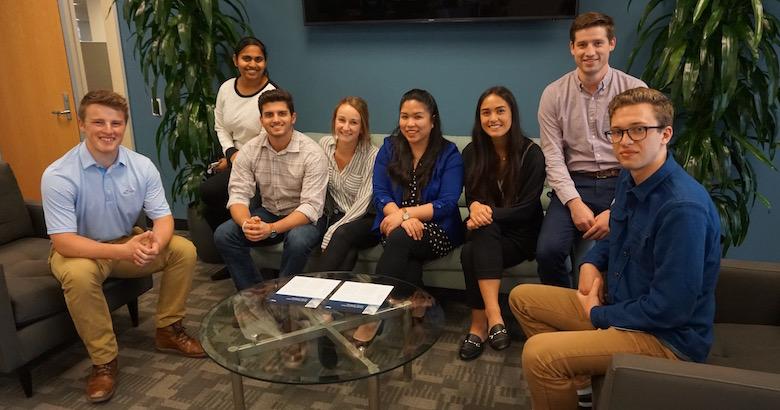 Class of 2018 Interns: Summer in Review

I was lucky enough to catch up with my fellow summer interns and reflect on the last 12 weeks at Five9 headquarters. Here's a look at what we've been up to.
Image 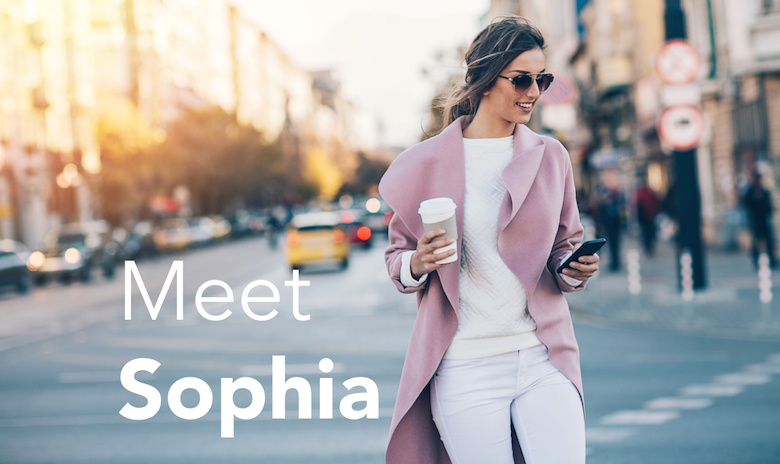 A Day in the Life: Meet Sophia

Meet Sophia! Just as she relies on these companies in her daily routine, these enterprises rely on Five9 every day to provide superior customer experiences to consumers.
Image

Introducing Five9’s 2018 Summer Interns! Meet the eight young men and women who will be spending the next 10 weeks at the Five9 headquarters in sunny, San Ramon, California.
Image